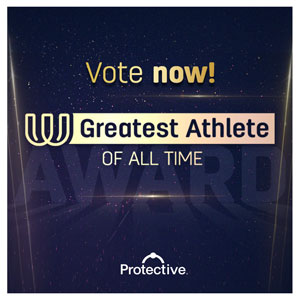 On 20th January 2021 the list of 24 nominated athetes was reduced to the top ten with the highest number of votes at that time.

The ILS was delighted to see that the Lifesaving candidate, Marcel Hassemeier was in the shortened list taken forward for the final vote that will end on 1st February at 14:00 CET.

Furthermore, after the IWGA noticed some votes for one candidate had been made by a web-robot, the current standings have been revised, and we are very pleased to confirm that Marcel now stands in third place on the final list with 70,403 votes so far.

Please continue to vote for Marcel in the remaining 6 days to ensure that he gets as many votes as possible before the final result is announced.

The IWGA asks all voters to act in accordance with fair play in sport.  They will scrutinise the voting process closely and investigate any anomalies that occur, as can be seen from the action already taken to remove votes cast by a web-robot.  Any conduct that is against the sporting spirit may result in consequences

The World Games moves to July 2022