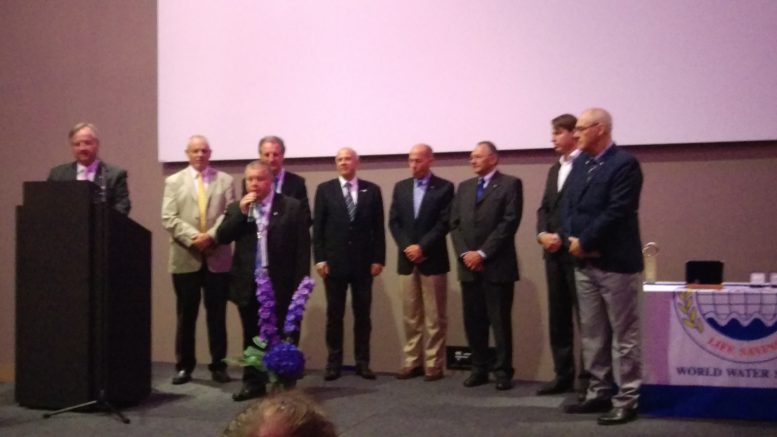 Dave Thompson, member of Surf Life Saving Australia and Chair of the ILS Sport Commission became Knight in the Order of Lifesaving in 2015. He received his award at a special celebration organised for him during the ILS Gala Dinner on 5th September, at the occasion of the ILS Elective General Assembly and Lifesaving World Championships in the Netherlands.

As the Chair of the Sports Commission he was a pioneer in the introduction of the Youth in the Lifesaving World Championships.

Marcel Hassemeier from Germany elected as IWGA Athlete of the Year