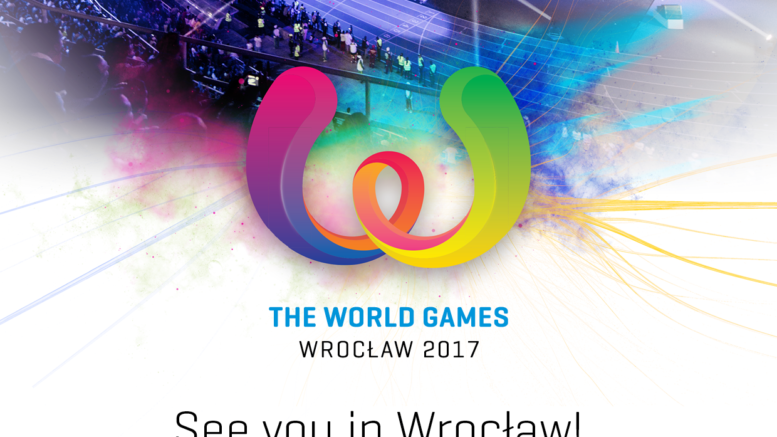 More than 3,000 athletes from 31 sports and 111 countries will take part in the biggest sport event ever staged in Poland, under the patronage of the IOC. From Life Saving, 100 athletes will be present.

The largest number of athletes comes from the host country Poland, with 218 athletes or teams. But France is not far from this number with its 193 athletes/teams, being second largest ahead of Italy (167) in third place. Russia and Germany will both send 139 athletes or teams to Wroclaw, and the biggest non-European country is the USA with 125 athletes/teams.

Added to this are the invitational sports for the 2017 Games: American Football, Kickboxing, Indoor Rowing and Speedway. To see the schedule for the different sports and disciplines, please click here.

Dr. Thomas Bach, President of the IOC, has confirmed that he will be present at The World Games Opening Ceremony in Wroclaw on 20th July 2017. In his letter to IWGA President José Perurena, the IOC President states that he will also attend several sports events during his stay. It will not be the first time that Dr. Bach attends an Opening Ceremony of The World Games. He was also present at the opening of The World Games 2013 in Cali/ Colombia, together with Jacques Rogge, his predecessor in office. Thomas Bach was Vice President of the IOC at that time.

Former World Games sport Rugby made it to the Olympic Games in Rio in 2016 and Karate, Sport Climbing, Surfing and Baseball/Softball will be present in Tokyo 2020. Earlier, The World Games sports Badminton, Triathlon and Taekwondo became Olympic sports in 2000 and Beach Volleyball in 1996. Dance Sport will be on the programme of the Youth Olympics 2018 as well as Karate and Sport Climbing. IWGA President José Perurena states it clear: “The World Games are a stepping stone to the Olympics.”

IOC Sports Director Kit McConnell says: “As we look for getting more flexibility into the programme of the Olympic Games in the future, certainly The World Games is one of the areas we are looking to observe, see the sports, see them performed at a very high level and with the best athletes in those sports. Obviously we are looking for sports that bring a real value to the programme.”

Lifesaving at the 2013 World Games