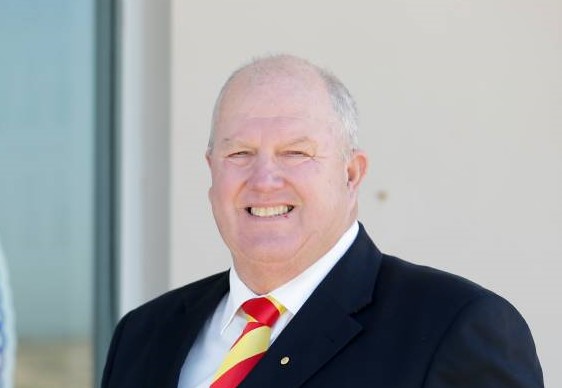 The ILS is pleased to announce that Greg Allum has been awarded the title of Member (AM) in the General Division of the Order of Australia for his significant service to lifesaving at the local, national and international level on 8/06/2020.

Greg made his mark with the Wanda and Cronulla Surf Lifesaving Clubs, winning the 1979 Australian Open Ironman title, the Veterans Surf Race,10 Australian R&R championships and 32 other national championship medals.

After retiring from competition, he gave back to the sport as a coach, manager, referee and administrator at the national level and has also served in a range of roles with the International Life Saving Federation (ILS).

His contribution to lifesaving over 50 years has been entirely voluntarily. Until his retirement about 10 years ago, he worked for the Commonwealth Bank.

“I think I have been one of the most fortunate people in surf lifesaving,” he said of his AM honour.

“I have been given remarkable opportunities to contribute in ways that I would never have dreamed of. Awards such as this are a great honour, but they also representative of the organisation and family support I have received. I couldn’t have achieved anything without the support of my wife Patricia and our children, Kate, Hayden and Christopher, all of whom have been Australian Surf Life Saving Champions.”

Greg Allum said surf lifesaving was “in great shape”, particularly with the success of Nippers, the number and dedication of members and public appreciation.

In another community contribution, Greg Allum is a staunch member of St Andrew’s Anglican Church, Cronulla and is a parish representative on the Sydney Diocese Synod. He has also been a Justice of the Peace for 35 years and has been a member, Cook Community Classic Committee since 2011.