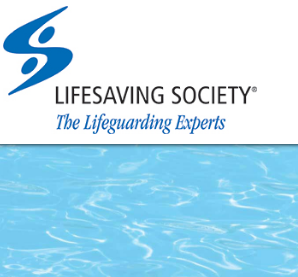 Results from a new study commissioned by the Lifesaving Society, a charitable organization working to prevent drowning, show that new Canadians, particularly those who have been living in Canada for less than five years, are at higher risk for drowning when boating and swimming. In fact, despite plans by 79 per cent of new Canadians to be in and around water this summer, they are four times more likely to be unable to swim than those born in Canada.

Initial findings from the study “The Influence of Ethnicity on Aquatic Participation and Drowning in Canada” were announced today in advance of annual National Drowning Prevention Week, taking place from July 17 to 24. Thought to be the first of its kind in Canada, the study examines the influence of ethnicity on attitudes and behaviours surrounding water safety. The Lifesaving Society plans to release a number of reports on the results from the study and hopes this will mark the beginning of more in-depth research to help strengthen educational outreach to all Canadians.

“The results of the study confirm what we have observed in communities across the country: newcomers to Canada often have different knowledge or experiences around issues of water safety”, says Barbara Byers, Public Education Director for the Lifesaving Society. “We commissioned this study to help us better understand what those differences are and how we can improve the way we educate all Canadians about water safety”.

“The results point to the need for water safety education targeted to reach new immigrants, especially those who have been living in Canada for less than five years”, Byers continued. “Boating and swimming in particular, are two important areas where study results show new Canadians need more information and education to reduce their risk of drowning.”

The study revealed that 57 per cent of new Canadians surveyed identified swimming as the water activity they participate in most often. This highlights the need for the Lifesaving Society to teach the importance of being able to swim and the benefits of formal swimming lessons to new Canadians.

Learning to swim a priority

Ninety-two per cent of new Canadians surveyed believe that learning to swim is a necessary life skill and 93 per cent agree that all children should receive swimming instruction at school as part of a school safety program. Byers says these results point to the need to continue offering programs like Swim to Survive.’ Through elementary schools, it teaches children the minimum standard of swimming ability for survival after an unexpected fall into the water. After a successful launch in Ontario in 2005, the program is now offered in all provinces except Prince Edward Island.

“We’re encouraged to see new Canadians recognize the need for formal lessons and water safety education”, says Byers. “We have had a significant effect on educating children with lifesaving swimming skills over the past several years with Swim to Survive.” But it’s important to remember that drowning remains one of the leading causes of death among children, and our efforts must continue until that is no longer the case.

Boating results indicate plans to participate, but hesitation about safety:

The Lifesaving Society recognizes that many new Canadians face language barriers when it comes to receiving information and is currently working to provide communication tools concerning boating safety to members of communities where English is a second language.

In June 2010, in partnership with the Ontario Power Generation (OPG), the Society released boating safety tips in 33 languages including First Nations languages.

The recent study shows these translated tools are a step in the right direction. When presented with a Swim to Survive educational poster produced in their native language, 85 per cent of new Canadians agreed they learned something helpful from the poster that they didn’t know before. Ninety-one per cent agreed the posters will encourage more people to learn to swim now that they are available in many languages.

Foreign-born population on the rise

Statistics Canada projects that the proportion of the Canadian population consisting of foreign-born persons will continue to rise, and could reach as high as between 25 per cent and 28 per cent in 2031. That means at least one in four people living in Canada could be foreign born.

“Without question, learning to swim is important for all Canadians, Byers says. “However, as the population continues to change in Canada, we need to make sure that we are doing our best to make our education and water safety prevention tools available to everyone.

As part of their outreach during National Drowning Prevention Week, The Lifesaving Society also reminds Canadians to:

Drowning deaths have continued to increase in recent years. In 2006, the most recent year that statistics are available, 508 Canadians died in water-related incidents. The highest increase in drowning was among males aged 50-64. Men are also four more likely to drown than women.

In May 2010, the Lifesaving Society commissioned an Ipsos Reid Public Affairs Study called “The Influence of Ethnicity on Aquatic Participation and Drowning in Canada”, to help understand the attitudes and behaviours of new Canadians towards swimming, and their knowledge of water safety practices. The study focused on a population of respondents born in Canada and a population of respondents from the Chinese, South Asian, Southeast Asian and Muslim communities not born in Canada. Countries within these regions have been identified by Citizenship and Immigration Canada as the top source countries for newcomers to Canada.

Several issues around water safety were investigated, including:

About Swim to Survive

The Swim to Survive program launched in 2005. Swim to Survive teaches children three basic skills in sequence: roll into deep water; tread water for one minute; and swim 50 metres (statistics show that most people who drown are less than 15 metres from shore or safety). It is not meant as a replacement for standard swimming lessons; however the program is an important first step to being safe around water, and could make the difference between life and death when immersion in water is sudden and unexpected.

About the Lifesaving Society