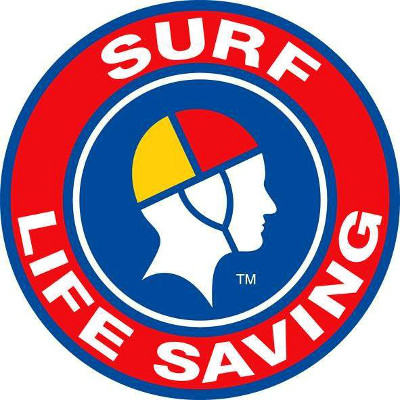 Before 1902, it was against the law to swim in public during daylight hours, but in 1902 William Gocher, a newspaper editor from Manly, New South Wales, challenged the law by swimming in the day. He was not arrested and the law was changed so that people could bath in the sea as long as they were suitably dressed. At first men and women had to swim separately but this soon changed, with Clovelly being the first beach to allow mixed bathing.

Drownings increased as more people began swimming in the sea, so groups of strong swimmers joined together to help the weaker swimmers. The Bondi, Bronte and Manly Clubs all claim to have been the first surf lifesaving club. On 30 August 1909, the Surf Bathing Association of New South Wales was formed with the aim of maintaining and improving lifesaving conditions on all public NSW beaches. In 1922 all the state groups joined together to become the Surf Life Saving Association of Australia.

In 1902 SLSAA became Surf Life Saving Australia Limited. SLSA has nowadays more than 61,000 female and 80,000 male members, making a total of 140,000 members who are members of 306 clubs. These volunteers join together to keep beaches safe and enjoyable. By watching the beach and rescuing people in trouble, lifesavers live up to their motto Vigilance and Service.

In the 1998-1999 season, surf lifesavers performed over 12,000 rescues, bringing the total of rescues over 400,000. People in danger can be rescued by a lifesaver with a rescue tube, on a rescue board or in an Inflatable Rescue Boat (IRB). Jet-powered surf rescue boats, inflatable rubber boats and helicopters can also be used for hazardous rescues. The total value of the rescue equipment of the SLSA is more than 10 million US dollars and the value of club premises is more than 75 million US dollars.

The total business turnover for SLSA combined is nearly 70 million US dollars. Surf lifesavers and their clubs are a part of Australias outdoor life; part of the culture that is Australia. Since 1980 clubs were opened to women who are now playing an increasing role in all aspects of lifesaving. In addition to the traditional beach patrols, SLSA runs community and school education programmes, helicopter and jet offshore rescue boat services, a radio communications network, a medical research programme and database of geographical conditions, wave action and safety rating on all beaches in Australia (the Australian Beach Safety Management Programme).

Subsidiary companies are responsible for helicopter rescue services and the marketing and management of surf lifesaving sports. The challenge for the future is for surf lifesaving to keep on attracting young men and women who will be prepared to put their communitys needs before their own as they follow the tradition and example that has been provided by previous generations of Australias surf lifesavers.