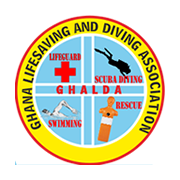 Ghana Lifesaving and Diving association (GHALDA) was formed in November 2010 under the leadership of Mr. Kwami Kpodoh, who was a Swimming Coach and a Lifeguard Instructor at the Lincoln Community School in the Capital city of Accra.

GHALDA is non-political, non-religious, national association that leads the effort to reduce injury and death in, on, or around the water.