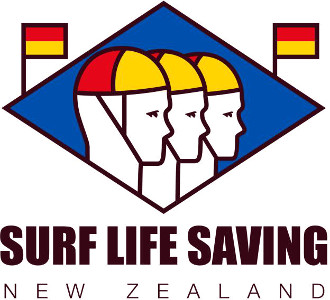 Around 17,000 people are members of SLSNZ. The 74 clubs are grouped for consultation and programme delivery purposes into local regions, and are supported by Surf Life Saving New Zealand staff. These new groupings were an outcome of the membership voting in a new and bold constitution in September 2009.

SLSNZ has a Governance Board of eight people. The Board employs the Chief Executive and the CE delivers an annual management plan to support the Board’s strategies that will see the organisation fulfill its purpose: “Protecting our community in the water.”

Surf Sport has a long and proud history within Surf Life Saving. Surf Sport plays a significant role in ensuring that our members have the ability and passion to meet the changing environment within which Surf Life Saving delivers its essential lifesaving service.

Surf Life Saving is both a sport and a community service, our business is very broad and programmes diverse. SLSNZ’s income is $6m a year derived from sponsorship, gaming machine grants and The NZ Lottery Grants Board. The organisation’s total income is approximately $10m. SLSNZ does not charge a national membership levy, instead providing programmes and distributing over $2m each year to clubs. Find out who are partners are here.

Surf Life Saving is a highly regarded brand. SLSNZ has registered its most valuable Intellectual Property with IPONZ. In doing so we are protecting our ability to raise income through sponsorship and we are protecting the commitment shown by our existing sponsors.

Surf Life Saving is one of the best imports we’ve ever had from Australia. It was on its long sweeping beaches and in its crashing waves that lifesaving was born in 1906. The traditions that took root there first came to the shores of Lyall Bay and New Brighton in 1910. By the end of the year, four more clubs had sprung up and started patrolling.

New Zealand lifeguard wore the same style of costumes and caps as their Australian counterparts. The reels they carried proudly onto the sand were manufactured in Australia and shipped across the Tasman.

The story of Surf Life Saving New Zealand is one of extraordinary efforts to save people from the unpredictable seas. For 60 years, that meant teams of lifeguard lifting reel and line to the beach. The reel anchored victim and rescuer together. It also anchored itself in the culture of New Zealand lifeguard. A major shift of thinking was needed to free lifesaving to take to the water with fins and neoprene rescue tubes, rubber rescue crafts, motors, jet boats and helicopters in the 1970s. However, the shift revolutionised lifesaving. It made it more professional, effective and shortened rescue times from hours to minutes.

The 1930s became a golden age for surf lifesaving. Superstar lifeguards were exalted as heroes of the nation. Theirs were household names. Jarvis. Dalton. Ryan Families of champions. Clubs grew in the respect and esteem of the nation as they won national surf life saving championships. The winners of the Nelson Shield returned as heroes to their hometown or city. They were honoured and feted as today’s rugby stars are.

The precision and beauty of lifeguard attracted massive crowds. It was not uncommon to have 10,000 at a carnival.

Clubs broke down social barriers and established a comradeship between strangers. Selection from lifesaving tended to break down prejudices. All clubbies were treated equally – lawyers, plumbers and farm hands worked together to save lives. Their only qualification was an ability to move through the surf. A bronze surf medallion (now the Surf Lifeguard Award) was the entry to a new world that didn’t exist in any factory of office block. That egalitarian attitude continues until this day.

But women still had to battle for equality. Though they were originally welcomed into clubs as full clubbies, the 1930s saw the heroic bronzed and tanned man become the idealised image of the beach. When those young men went overseas to fight and die in World World II, women again found their rightful place. They took up the reel and patrolled the beach on summer weekends. Surf history shows a string of mass rescues performed by women lifesavers in the 1940s. However when the men returned, those women were often relegated to fundraising, tea making and cake baking. Many broke off and started ‘ladies’ lifesaving clubs, often near the clubhouses of their former colleagues. These days women stand alongside men on surf patrols throughout New Zealand and compete in all the same events.

Surf Life Saving in New Zealand these days is now stronger than ever. Every year, hundreds of people are making the same decision as those clubbies back in the 1910. They are joining and origination and family that has seen enormous change in it’s over 100-year history.

Through the long summer months, the guardians of the beach are ever on the lookout for an upraised hand, ears pricked for a cry for help. The red and yellow flag has remained a symbol of safety in the surf. Though traditions, equipment and practices have changed, one fact has endured: lifeguards are In it for Life.

(Paraphrased from Between the Flags – written by Bob Harvey, President of Surf Life Saving New Zealand 2009-2012)