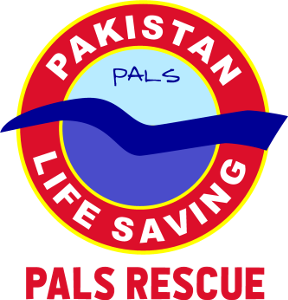 The operating footprint of PALS is initially on a provincial/state level along the coastline of Karachi. Karachi is by far the largest city of Pakistan, with a population of above 150 million. The stretch of public beaches is over 35 km, and is void of lifeguards. As a result, there are in excess of 250 near shore reported drownings per year. PALS endeavours to cover the public beaches of Karachi, through over 120 life guards, as its first steps. Once established in Karachi, PALS intends to move nationally across the country covering other areas of aquatic safety.

To counter the large number of drownings in the Arabian Sea every year, Pakistan Aquatic Life Saving (PALS), (a division of Critical Mass – an NGO registered under the Directorate of Social Welfare, Government of Sindh), was formed in 2003.

The basic objective of PALS has been to work towards initially establishing a comprehensive life saving infrastructure along the popular beaches of Karachi, Pakistan. In order to achieve this objective, PALS approached several established Life Saving Institutions around the world for help, support and assistance.

Surf Life Saving New Zealand’s Northern Region (SLSNR), volunteered to help PALS set up a comprehensive surf life saving establishment along the beaches of Karachi. In this regard, the former President of SLSNR Mr. Timothy Jago visited Karachi on the invitation of PALS in 2003, for a Comprehensive Joint Study of the coastline and resulting requirements. This study led to a formal commitment on the part of SLSNR through its CEO Mr. Robert Barnes, who recently sent an 8 member delegation/team to train the PALS lifeguards. SLSNR in addition to training, also donated essential equipment that is being used by PALS. The SLSNR team were given 175 life guards for training, which included some Pakistan Navy Divers, City Government Divers in addition to the PALS life guards. At the end of the 2 week intensive training period, 64 life guards were issued SLSNR Awards and 41 were issued Certificates. Furthermore, SLSNR has committed to a 3 year assistance duration with PALS, after which, PALS is expected to function totally independently and at par with any established surf life saving service.

In addition to the above, PALS is now undertaking additional training assignments at the Pakistan Navy Himalaya Base, the City District Government Karachi (CDGK) Emergency Response Centre (ERC), World Wildlife Federation (WWF) facilities in a joint program, independent schools for Junior Life Guard training programs and coastal village programs. All the above trainings are being provided by in-house personnel at PALS, who are all now SLSNR certified life guards.

PALS is, therefore, now applying for a formal membership at ILS. PALS is looking towards an Associate Membership status for 2004-2005, and will then apply for migration to a Full Membership Status at ILS.

Although PALS is operating under a fully registered Government of Pakistan NGO status, it does not rely on government grants and financial assistance from Pakistan” simply because there aren’t many funds/grants made available for projects of this nature. Fund raising and donations at PALS is self generated.