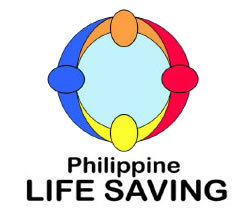 The birth of Philippine Life Saving was realised out of the dreams of opening wide opportunities for Filipino Swimmers to pursue their passion in swimming, get inspired for an Olympic stake and swim for a lifetime as a career.

In September of 2006, Mr. Larry S. Alag and Mr. Arne A. Navarra resolved to consolidate research efforts that ended up a communication with Mr. Rob Bradley, the Chief Executive Officer of the Royal Life Saving Society of Australia. Fortunately, Rob Bradley is the current President of the International Life Saving in Asia-Pacific Region.

Out of excitements felt, vast inquiries like the full scope of Life Saving Operation and some membership concerns were raised to the ILS through Rob which prompted us in October 22, 2006 to email our good intentions of joining the call of ILS in reducing drowning incidents and the prevention of injuries in the aquatic environment. Those communications implicated our inclusion in the ILS-Asia Pacific membership roster as guest member.

Since then we received regularly memorandum circulars which inspired the immediate formulation and ratification of the Constitution and By-laws of the Philippine Life Saving Society which was then incorporated in August 2007 by five (5) people in the Aquatic Professions. The two (2) are Olympian Swimmers Mr. Mark P. Joseph and Mr. Carlos S. Brosas, the President and Director of High Performance of the Philippine Amateur Swimming Association respectively, then two(2) High-ranking Life Guards in the Coast Mr. Larry Alag and Mr. Gerardo Nobis Jr., an Adviser and Technical Educator of the Philippine Coast Guard respectively; and Mr. Navarra, who is the Aquatic Director of Trace Aquatic Sports Complex concurrently an ASSF Technical Official for Swimming handling Electronic Timing during competitions.

The mythical five(5) composite efforts have driven the momentum of providing leadership to the newly born National Sports Federation in the Philippines.

The fruitful scheduled first meeting with Rob by Arne (also with wife Pearl at that time) in Melbourne during the 2007 FINA World Championships paved way to a second enlightening meeting, this time with Mark Joseph which led to a third one where Mark visited the Office of ILS Asia Pacific in Sydney.

He also met the work team of the Royal Life Saving Society Australia and received huge number of Life Saving Programmes and Training Materials that served as benchmark for the formulation of Competency and Training Standards for the occupation of Lifesavers in the country.

The very-first attendance of Philippines to the ILS Asia-Pacific Regional Conference and Competition was delegated by Arne, Larry and Mark in Singapore in tandem with the Celebration of 40th Anniversary of Singapore Life Saving Society.

Now, that the Strategic Plan for implementation in the next four (4) years was laid down, the Philippine Life Saving will be heading to a higher milestone of filling in the gaps for our country’s high rate of drowning incidents and injuries access to Life Saving Resources i.e. Lifesavers, equipment, and technology support as a prime commitment in advocacy.