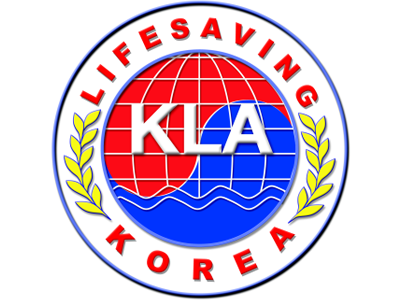 Korea Lifesaving Association (KLA) is the non-profit organization leading safety of Korea and performs the spirit of Life Respect under the slogan “People saving people” approved as a full member by ILS Board of directors in 2007.

The aquatic sports in Korea have been increasing little by little based on geographical condition (peninsula), but water-safety activities including drowning prevention were not sufficient enough. All details were under the control by Coast Guard (KCG) since enacts Water-leisure Safety Law in 2000, however, KLA has been carrying out drowning prevention activities constantly after
approved by KCG in that year. The number of drowning was decreased continuously 2,375 in 1994, 1,649 in 2000, 638 in 2010, 470 in 2019, this shows death of drowning per 100,000 capita was changed from 3.5 in 1994 to 0.9 in 2019.

KLA dispatched rapidly more than 10, 000 volunteers to TaeAnBanDo, ChoongChungNamDo on December, 2007 in order to prevent spilt-oil spreading around the West sea because of supertanker accident. Also, KLA helped to clear the disaster and gave support to the bereaved families with more than 2,000 volunteers at JinDo, JeonRaNamDo on April, 2014 after SeWol ferry had sunken there.

Externally, KLA has been participating in all international games since Lifesaving World Championships held at Alexandria, Egypt in 2010. Also, learning advanced-lifesaving skills through inviting professional instructors from Australia and partakes in national co-operative projects in Koera.

KLA plans promote more capable lifesavers so as to save valuable lives and preventing drowning by systematized training and try our best until that day
International Olympic Committee (IOC) and Olympic Council of Asian (OCA) adopt lifesaving competition as an official game.