The International Life Saving Federation (ILS) World Water Safety Conference 2007 held in Portugal has been told that over 200,000 children will drown in the Asia Pacific Region alone during the next 12 months.

“This situation is nothing short of an international disgrace! according to ILS President Alan Whelpton, “Unlike disease, no vaccine can prevent drowning, but teaching people to swim, encouraging safe practices around the water, and providing areas supervised by trained lifesavers have all been shown to have very positive effects.

Drowning is the leading cause of death in some parts of the world and the second leading cause of accidental death worldwide, but it can prevented through a variety of known strategies. That was the primary theme as lifesavers and drowning experts gathered in late September at World Water Safety 2007 in Porto, Portugal.

World Water Safety 2007 brought together specialists in a multitude of disciplines to share ideas and approaches to drowning prevention. Representatives of over 40 countries were present to hear speakers from every region of the world and to participate in workshops to enhance the world’s protections against unintentional drowning.

ILS Lifesaving Commissioner B. Chris Brewster said, “Our goal is to make the magnitude of the problem better understood and to promote practices that have proven successful. We intend to meaningfully reduce the incidence of drowning worldwide.

The attendees, numbering in excess of 300, heard from speakers from diverse backgrounds. Examples include the International Liaison Committee on Resuscitation, the US Centers for Disease Control and Prevention, The Alliance for Safety Children, rescuers who had responded to the Hurricane Katrina disaster in New Orleans, child aquatic safety trainers in Brazil, and groups developing beach risk assessments in Europe. Political boundaries were seemingly nonexistent, as speakers from Iran, the USA, and China shared the podium.

The International Life Saving Federation leads the effort to prevent drowning worldwide. The ILS intends to use the information gathered to improve upon its existing strategies to target this scourge. Part of that strategy involves identifying and sharing successful strategies among all organizations that work to prevent drowning. The conference was co-hosted by the AssociaÃƒÂ§ÃƒÂ£o de Nadadores Salvadores and the Instiduto de Socorros a Naufragos.

Information on the conference is available at www.worldwatersafety.org. 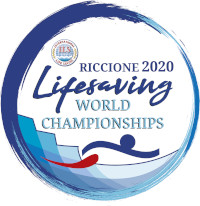