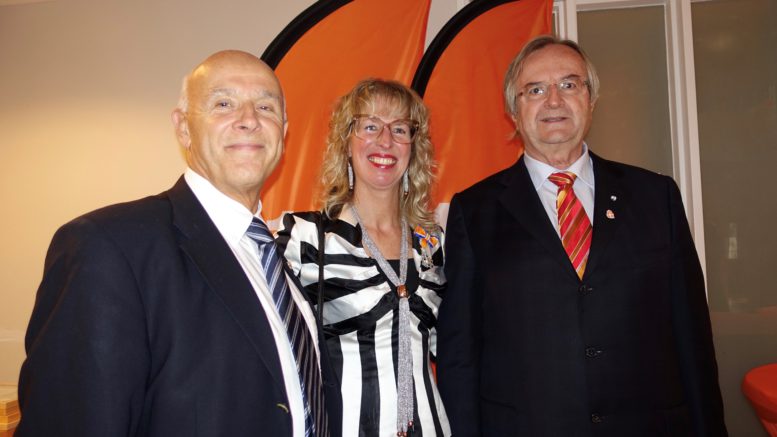 On 16 September 1917, the Dutch Founding Meeting of the Dutch Federation for Rescue of Drowning Victims (Reddingsbrigade Netherlands) took place on the initiative of five rescue brigades from Den Bosch, Amsterdam, Breda, The Hague and Haarlem.

These brigades were established in the years before, because drowning accidents at their sites were an initiative to help people who could swim to learn how to save their fellow human beings. After that, the long-standing spell has been developed: “As long as not everyone can swim, every swimmer must be able to save”. With the creation of an umbrella union, one wanted to bring uniformity into the teaching material and methods for lifesaving. 100 years later, Reddingsbrigade Nederland has grown into a national association of 166 connected rescue brigades throughout the Netherlands and 23.000 members.

Exactly 100 years later, on 16 September 2017, a celebration ceremony was held in the presence of the King of the Netherlands, H.R.H. Prince Willem Alexander. The ILS Secretary General and the ILSE President were invited at this ceremony. During the Ceremony, Jolanda Van Dalen was awarded the Kings award of Knight in the Order of Orange Nassau for her 30 years long work within the KNBRD, first as a competitor, later as a sport director, then as a board member and as an-interim President.