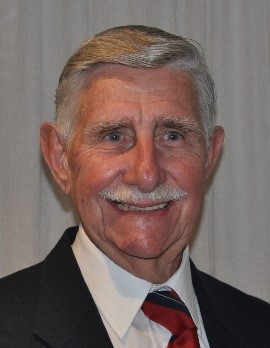 It is with great sadness that we confirm the passing of Mr Derrick Whitting, a past President of the ILS from 1996 to 2000.

Yesterday morning (14th July, 2020) Derrick Whitting, from South Africa passed away. Derrick was an active Technical Official and Secretary of the ILS Sport Commission from 1994 to 2000. He joined Pirates Surf Lifesaving Club (now called Suncoast Pirates) in 1954 as a 14-year-old junior. He left Durban for Northern Rhodesia (now Zambia) in 1955 to work on the copper-belt. While living there he married his wife Mabel and returned to the coast of Durban in 1964. He became a very active Pirates member, founding the Nipper movement in South Africa in 1968 and serving on the club committee in various positions. From 1969 to 1972 he was the club Chairman and in 1974 he was awarded Club Honours for exceptional Service.

Derrick was the South African Representative at the World Lifesaving (WLS) General Assembly. From 1990 to 1994 he served on the Joint Working Commission (JWC) to commence the merger between WLS and the Fédération Internationale de Sauvetage Aquatique (FIS). During this same period he became the Chairman of the Fusion Commission, which led to the fusion of WLS and FIS to become the International Lifesaving Federation (ILS). In 1994 the esteemed honour of Grand Knight in the Order of Lifesaving was bestowed on him and he was duly inducted into the Lifesaving Hall of Fame.

He was elected as the President of the ILS from 1996 to 2000. In 1998 he retired from the position of Executive Director of South African Lifesaving after 21 years full time service. In 2010 he was awarded Lifesaving South Africa’s Meritorious Service Award.