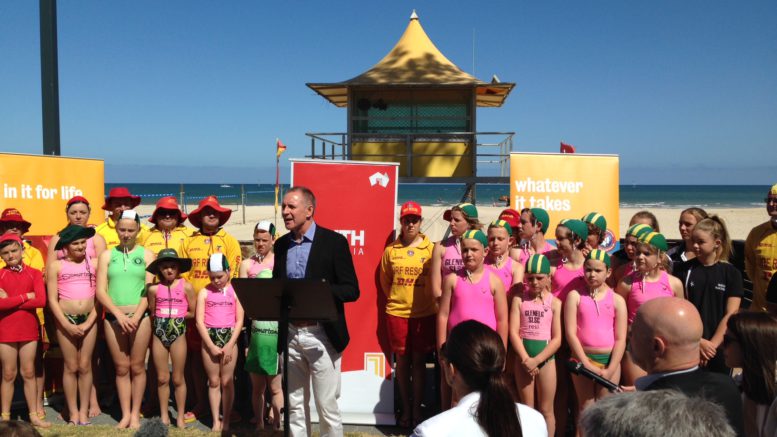 Adelaide has won the right to host Rescue 2018, the Lifesaving World Championships. The international event is one of the first to be secured through the State Government’s $6 million Major Events Bid Fund, which was promised during the State Election and delivered in this year’s Budget.

Premier Jay Weatherill said the championships would bring thousands of people from more than 50 countries to Adelaide, and is expected to generate above $18 million for the state’s economy. This great event is the world’s largest lifesaving sport competition, with the athletes putting their important skills to the test”.

Tourism Minister Leon Bignell said “the lifesaving world championships will be held over two weeks at venues including Glenelg beach and the world-class South Australian Aquatic and Leisure Centre at Marion. Adelaide last hosted this event in 2012 and we welcomed almost 10,000 competitors and visitors, 85 per cent of them from interstate or overseas” “Rescue 2012 delivered an economic benefit of $16.5 million and reinforced South Australia’s reputation as the host of world-class events and festivals.”

Graham Ford, the ILS President said that “the lifesaving world championships are held every two years. The 2014 edition, held in the South France, attracted over 6.300 competitors and officials, plus thousands of accompanying visitors. The ILS Board agreed to include in the World Championships the Youth and it is expected that this will add some 1.500 additional people to travel to Adelaide.”

International Lifesaving Federation (ILS) Secretary General Dr. Harald Vervaecke PhD said “it was the first time the Lifesaving World Championships would return to a previous host city. It’s surely a proof that the lifesaving family – and especially the competitors – had a wonderful time and experience in 2012 in South Australia. I am very happy that the decision of the ILS board was unanimous, which makes the event even more special”.

Surf Life Saving South Australia President John Baker said “securing Rescue 2018 was an exciting coup for the state. Hosting Rescue 2018 will give us a great opportunity to profile our iconic sport as well as the important role we play as an emergency service”.