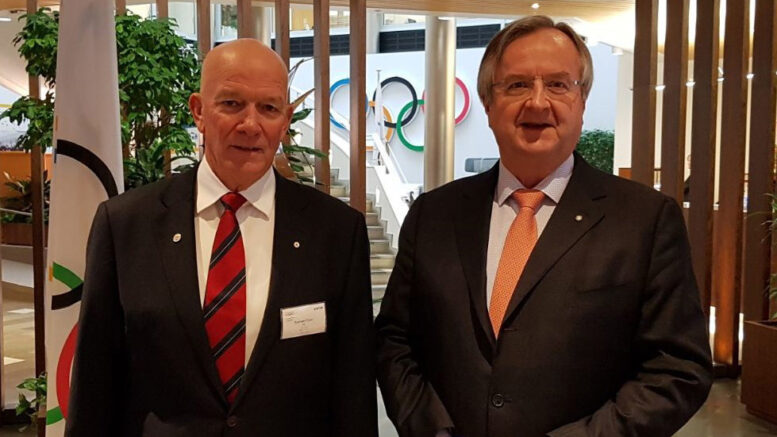 The ILS is pleased to announce that at the virtual ILS Elective General Assembly on 21 March, the ILS President, Graham Ford AM, and ILS Secretary General, Dr Harald Vervaecke PhD, were successful in being re-elected to serve another term of office through to 2024.

This is the third term that they will serve together, while for Harald, it will be his eight successive term, having been elected to the position upon the formal creation of the ILS in 1994.

Both Graham and Harald in their acceptance remarks spoke about how much they both very much look forward to working with the new Board of Directors to continue to reduce the global burden of drowning.  The forthcoming period of office will also see a further World Conference on Drowning Prevention and two Lifesaving World Championships and promises to be a very busy term.

The new Board of Directors was also formally ratified by the General Assembly with a number of changes taking place as some Directors stood down. The composition of the Board was also streamlined following the introduction of new Constitution and Bye-Laws changes adopted.

The meeting was attended by record attendance of almost 130 delegates across 19 different time zones from 80 member federations and was held online due to the current Covid-19 position across the globe.

Immediately after the meeting the ILS Board met to appoint the various Commission Chairs, Advisors and Standing Committee Chairs, before a further meeting takes place on 27 March 2021 to finalise the composition of all Commissions, Committees and Working Groups.  Further announcements on those appointments will be made in week commencing 29 March 2021.