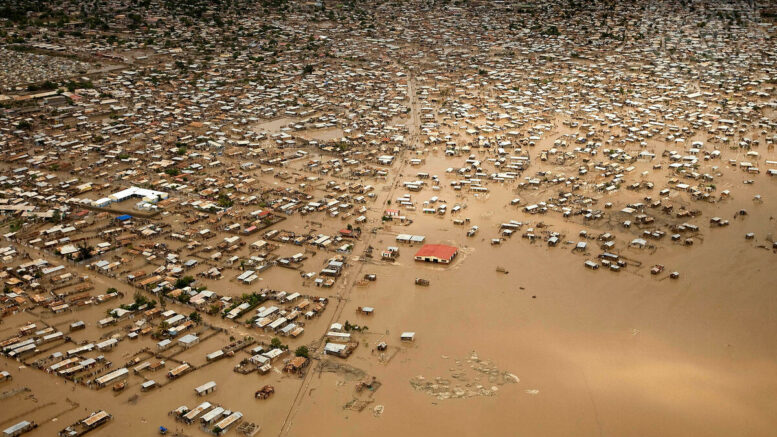 An aerial view of the houses in a village drowning in the water floods caused by the tropical storm "Hanna". Source: dam.media.un.org - UN7661771

This is an historic occasion and a sign that the UN is deeply concerned that drowning has been the cause of over 2.5 million preventable deaths in the past decade but has been largely unrecognized relative to its impact. The Resolution was proposed by Bangladesh and Ireland, and co-sponsored by over 25 member states.

The UK lifesaving charity, and ILS Associate Member, the Royal National Lifeboat Institute (RNLI), has been a driving force in support of the Resolution. ILS wishes to acknowledge their leadership and thank them for their tireless efforts.

The Resolution invites the World Health Organization (WHO) to assist Member States in their drowning prevention efforts and to coordinate actions within the UN system among relevant UN entities.

“ILS commits to working in partnership with WHO, UN specialised agencies including UNICEF and other global, regional and subregional organizations to raise awareness of drowning and increase global drowning prevention action in all regions of the world”, said Mr Ford.

The Resolution proclaims 25 July each year as the ‘World Drowning Prevention Day’ to raise awareness of the importance of drowning prevention and the need for urgent coordinated multisectoral action to improve water safety, with the aim of reducing preventable deaths.

ILS encourages all Members to review the UN Resolution on Drowning Prevention, draw it to the attention of their members, stakeholders and communities, and factor its recommendations into their plans and efforts for drowning prevention. The resolution can be found in the six UN languages here: https://www.undocs.org/en/A/75/L.76

RFESS: Lifesaving women’s licences have increased by 238% in 7 years

What others are doing for World Drowning Prevention Day